At ENGIE I developed technical models to supporting new projects. I also developed models to optimize the dispatch of existing plants, such as the Olympic Park district heating scheme in London.

CHP maximizes the recovery of heat & electricity from fuel. The technologies are mature and will deliver carbon benefits in most electricity grids.

This post aims to give concise practical details about the two most commons forms of gas based CHP. Together the gas engine and gas turbine are around 90 % of installed capacity of CHP in the UK.

This post focuses on the technical facts important to the design and operation of gas turbines and gas engines. 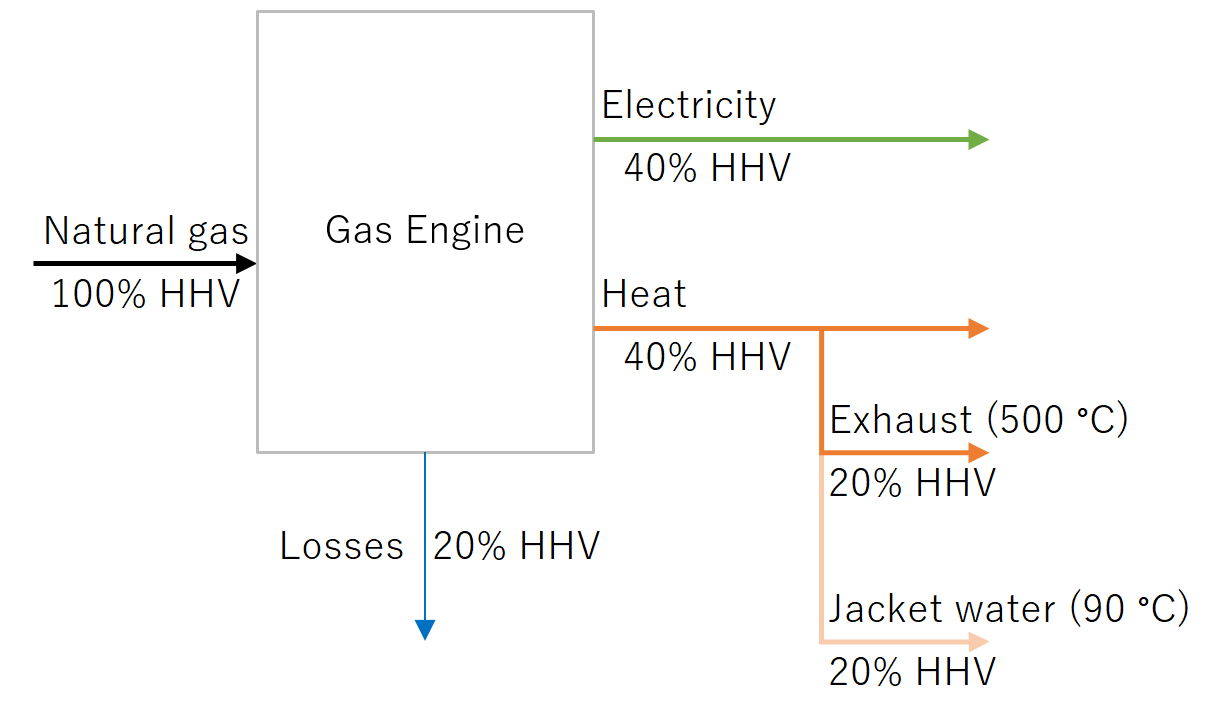 A gas engine generates roughly the same amount of electricity and heat - i.e. the heat to power ratio is around 1:1.

Gas engines are typically economic up until 5-6 MWe.  Beyond that size gas turbines become competitive.

Having half of the heat generated as low quality means that a low-grade heat sink is required.

Many industrial processes only require high-temperature heat (typically served using steam). Without a low-grade heat sink for the low-grade heat the economics of a gas engine will suffer. 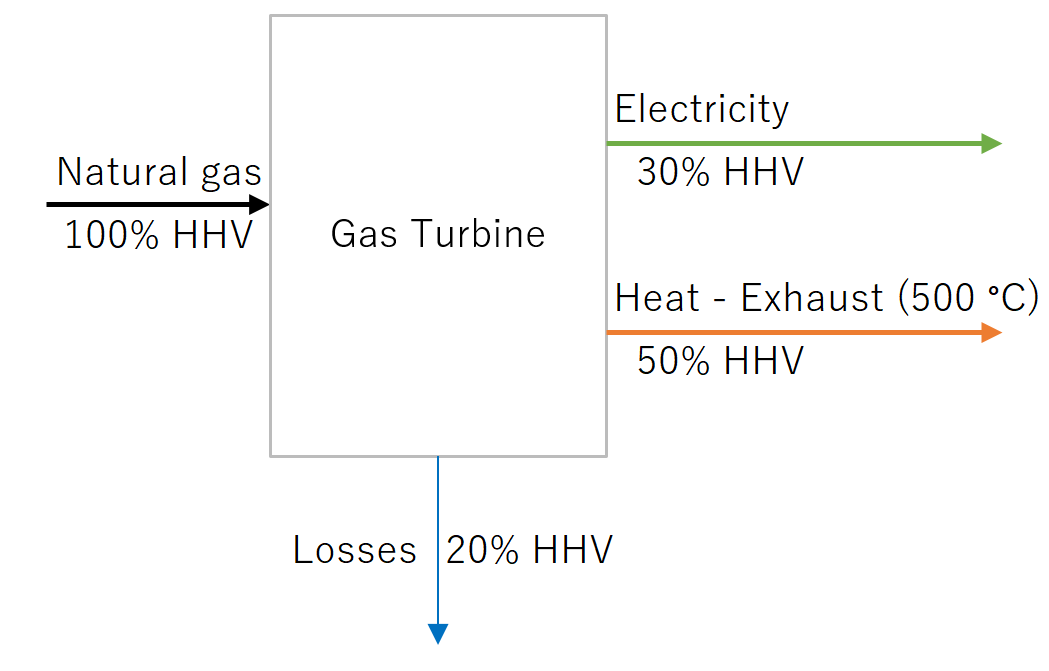 A gas turbine operates with a lower electric efficiency (25-35% HHV) than a gas engine.

A gas turbine generates roughly twice as much heat as power - ie the heat to power ratio is around 2:1.

Unlike a gas engine, all of the heat generated by a gas turbine is high grade (>500 C).  This makes gas turbines ideal for industrial sites that need high-temperature steam to run their processes.

This also allows gas turbines to be used in combined cycle mode (steam is generated off the exhaust and used to drive a steam turbine).  More gas can be fired into the exhaust to further increase steam generation (known as supplementary firing).

This can be a key advantage of gas turbines, as the marginal efficiency of supplementary firing is higher than generating heat in a shell or water tube boiler.